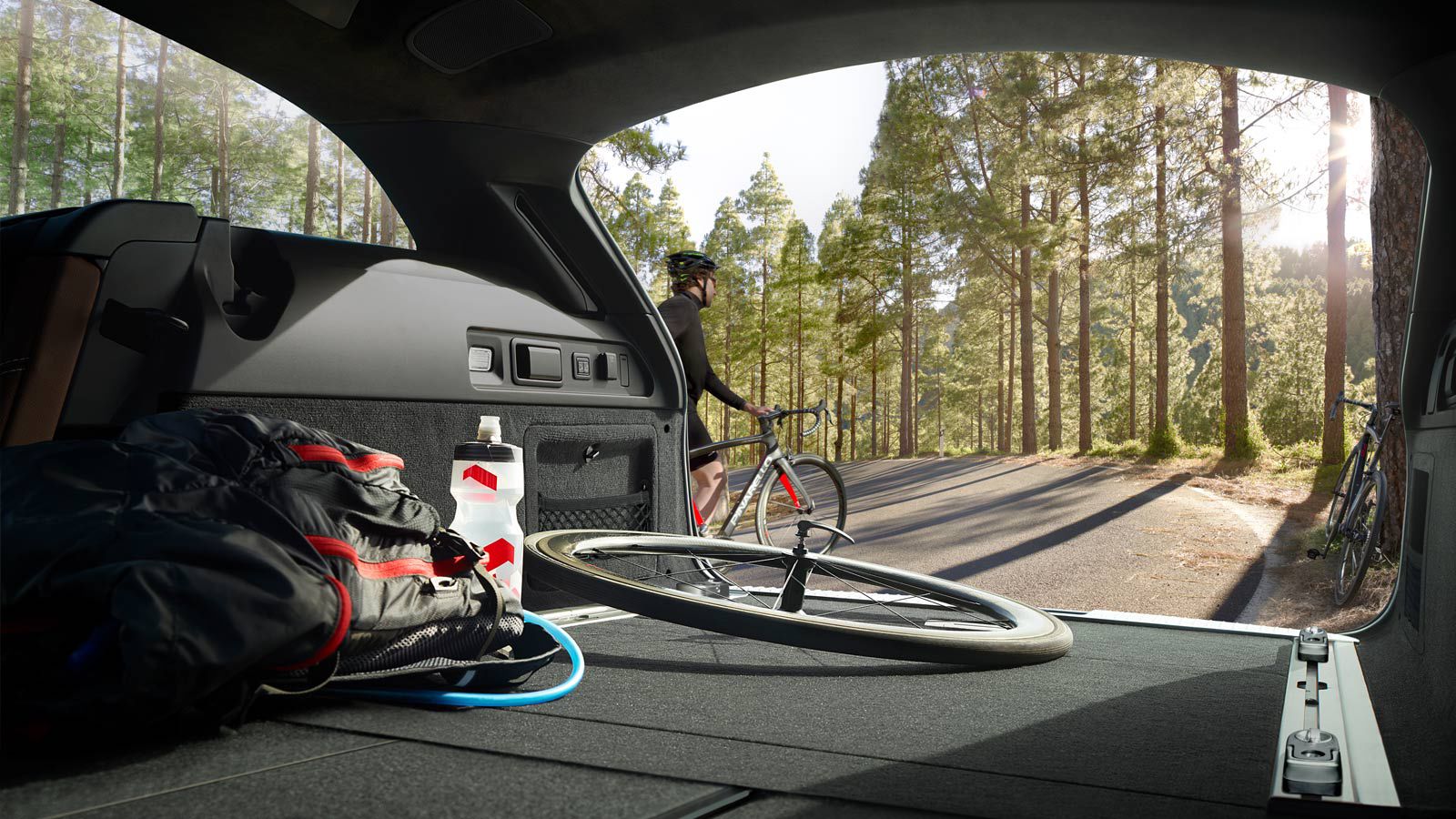 XF’s versatile interior helps you make the most of your lifestyle. Its practicality and advanced driver technologies make every journey easier and more relaxing.

BUILD YOUR OWN
SIGNATURE FEATURES
ACTIVITY KEY
Activity Key, an option only available on XF Sportbrake, makes living life to the full even easier. The robust and fully waterproof wristband allows you to enjoy a range of activities - from skydiving to swimming – while giving you immediate access to the car at all times. The conventional key fob can remain within the car as it is deactivated for security purposes.
WATCH THE FILM 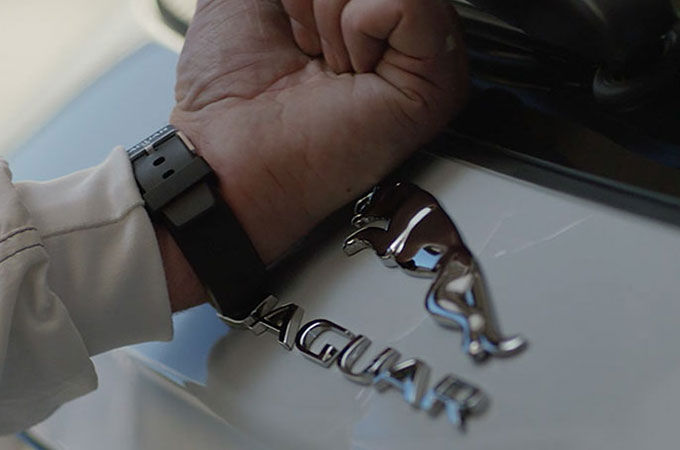 POWERED GESTURE BOOT LID / TAILGATE<sup>2</sup>
With Powered gesture boot lid / tailgate you can access the boot when your hands are full. Simply present your foot under either rear corner and the boot opens or closes.
WATCH THE FILM 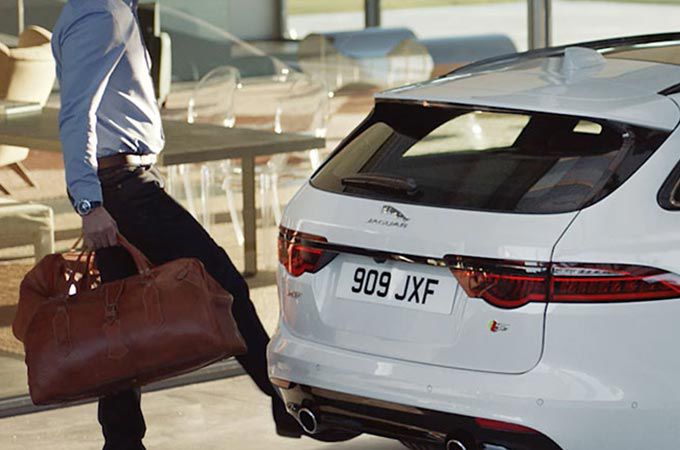 LOADSPACE
XF Sportbrake’s versatile interior is designed to meet the demands of your lifestyle. Its loadspace provides 565 litres of space with the rear seats in place. Fold the rear seats down, and you’ll create a space that is two metres in length and over a metre in width at its narrowest point, featuring 1,675 litres of luggage capacity plus discreet underfloor stowage.
WATCH THE FILM 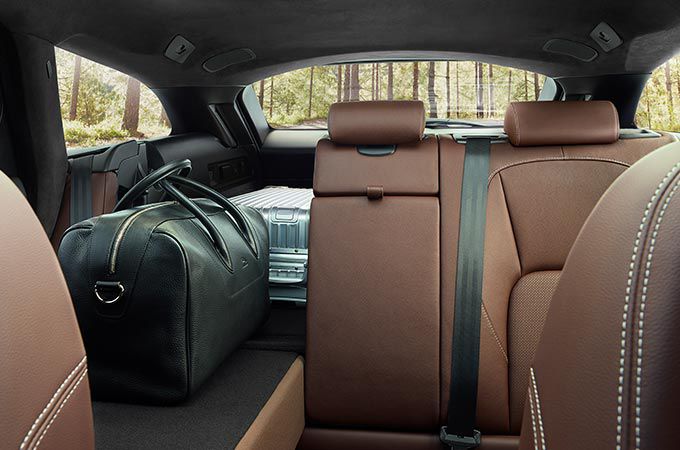 DEPLOYABLE TOW BAR
The optional electrically deployable tow bar is stowed discreetly behind the bumper, providing a clean and attractive finish. Approved for trailer load up to 2,000kg.
WATCH THE FILM 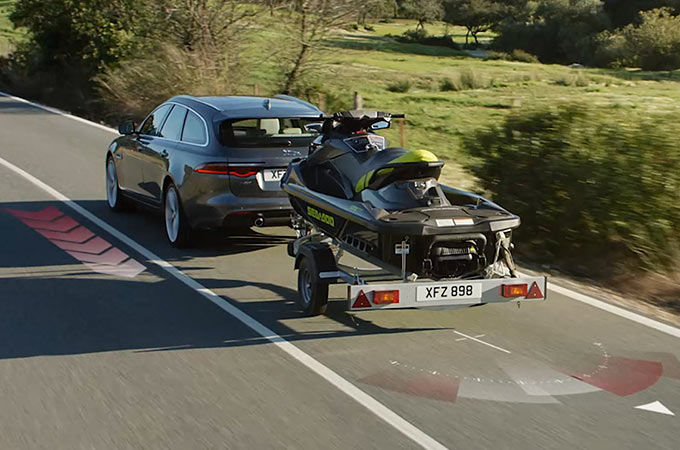 To make every journey a safer experience, XF provides a range of driver aids. Using our latest innovative InControl technologies, this suite of features helps avoid potential collisions and manage a range of different driving scenarios.

360° SURROUND CAMERA<sup>3</sup>
Helping with various manoeuvres, from parking by a kerb to getting in and out of tight spaces and junctions, 360° Surround Camera gives you complete exterior vision on the Touchscreen. To enhance this system further, Forward Vehicle Guidance and Forward Traffic Detection are also available. Forming part of the 360° Surround Camera, Forward Vehicle Guidance provides the driver with an on-screen visualisation of the vehicle and parking distance. Forward Traffic Detection helps avoid potential collisions in situations where forward manoeuvres involve restricted views. 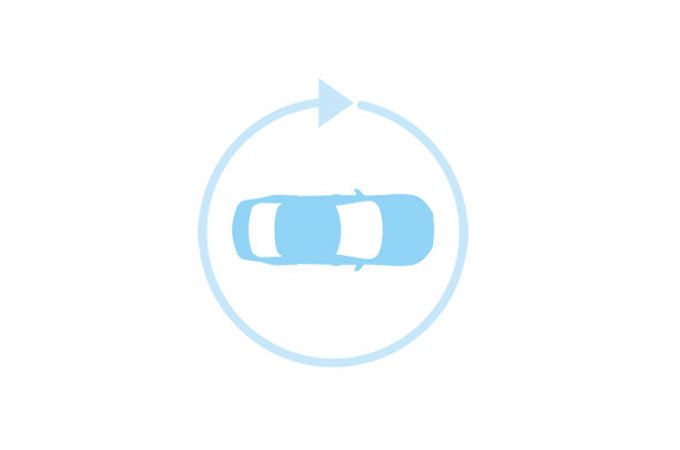 STEREO VISION CAMERA AND AUTONOMOUS EMERGENCY BRAKING
In an emergency braking situation, XF is ready. Utilising a forward facing camera, should a potential collision be detected XF gives an audible forward collision warning, allowing you time to take action. Visual warnings in the Head-Up Display (if fitted) and instrument cluster follow. If a collision is still anticipated and the driver takes no action, the system then applies the brakes to help reduce the severity of the possible impact.
WATCH THE FILM
yt:1EDxvxwoHmI 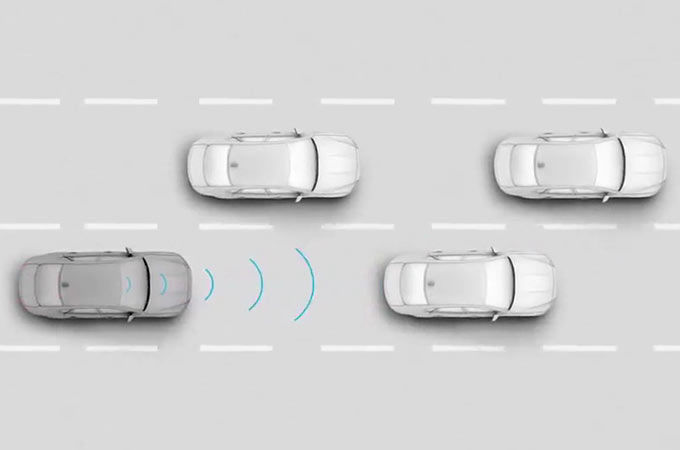 PARK ASSIST<sup>4</sup>
These systems make parking in tight spaces easier than ever. Sensors measure the space and, if suitable, will enable XF to accurately steer itself during both parallel and bay parking manoeuvres – the driver only has to control the brakes and accelerator. For parallel spaces, an exit-assist function can help guide XF out again. The reverse traffic detection system, using the blind spot monitoring system’s sensors, is able to detect approaching vehicles that may be unseen by the driver, triggering an audible alert and a notification on the Touch-screen.
WATCH THE FILM
yt:t0bJwhuBcew 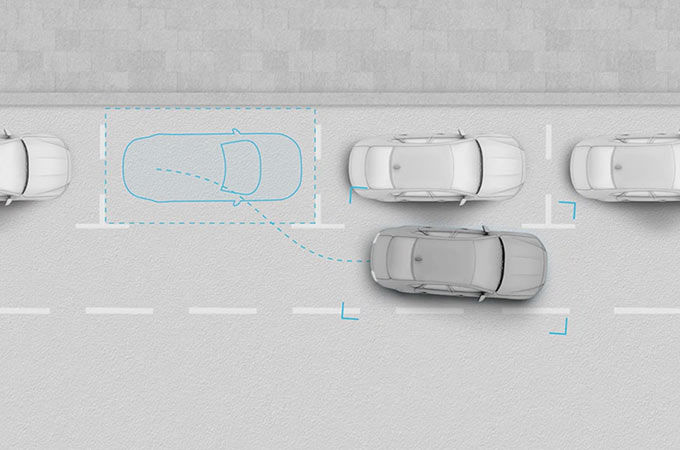 TRAFFIC SIGN RECOGNITION WITH ADAPTIVE SPEED LIMITER<sup>5</sup>
Jaguar’s Traffic Sign Recognition (TSR) technology uses the highly accurate forward-facing camera to detect speed limit and no overtaking signs, then displays them to the driver. This system takes account of temporary speed limits and road conditions. The Adaptive Speed Limiter, if selected, will use TSR’s signage information, alongside map data from the optional navigation system, to help keep XF under the appropriate speed limit.
WATCH THE FILM
yt:9oDfEgUTbCw 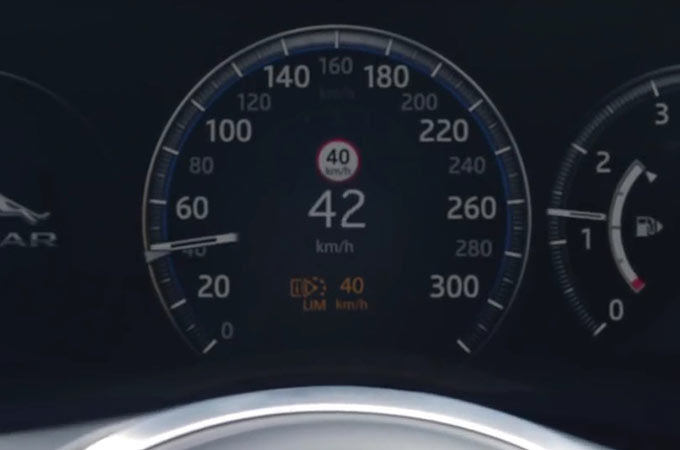 LANE DEPARTURE WARNING, LANE KEEP ASSIST AND DRIVER CONDITION MONITOR
XF is fitted with Lane Departure Warning as standard, providing alerts should the car unintentionally drift from its lane. To complement this, an innovative technology – Lane Keep Assist (LKA) and Driver Condition Monitor (DCM), is available. LKA senses unintentional lane drift and helps steer XF back into its lane. Also working to keep you safe, DCM constantly analyses driving inputs to detect lapses in concentration due to tiredness. When the system determines that a potentially drowsy driver is at the wheel, it suggests taking a break via a notification in the instrument cluster.
Film features Lane Keep Assist only.
WATCH THE FILM
yt:6qIFIr8SWdM 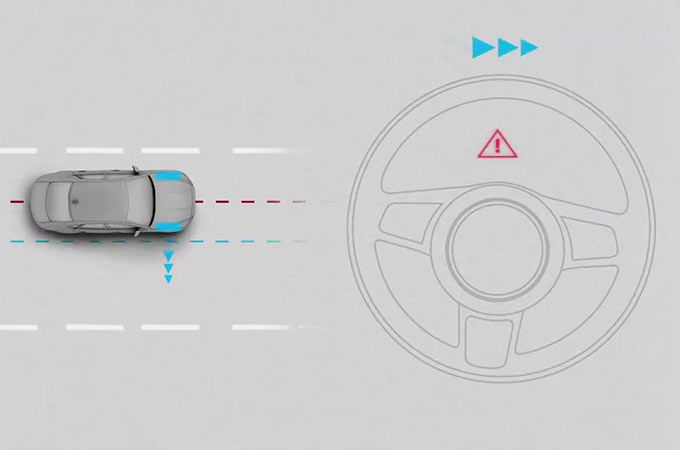 BLIND SPOT ASSIST AND REVERSE TRAFFIC DETECTION
If your car detects another vehicle in or quickly approaching your blind spot, the Blind Spot Monitor3 system alerts you via a small warning light in the corresponding exterior mirror. As an enhancement to this, Blind Spot Assist3 will apply steering torque to guide you away from the vehicle in your blind spot if you begin to change lanes. Using the same radar system, Reverse Traffic Detection3 alerts you via the Touchscreen of moving vehicles during reversing – for example, when leaving a parking bay with restricted vision.
WATCH THE FILM
yt:KBDoSu0jO0E 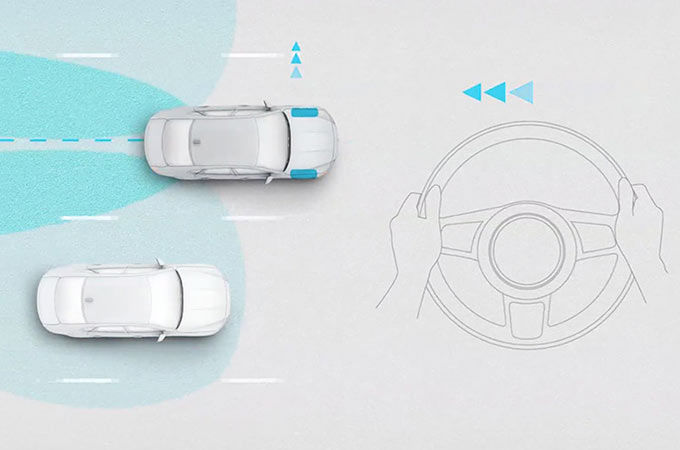